Limping preflop is the most controversial strategy in Texas Hold'em 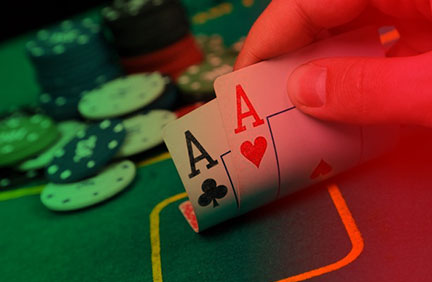 Limp is unprofitable - this is the first truth that a beginner must learn on the thorny path of improving a poker professional and immediately forget it. After all, even such a decision, not typical for a regular, sometimes has the right to life and can even be profitable. The purpose of this article is to tell you when you should consider limping as a move, and when it leads to a loss of money.

What is a limp?

If a player just calls the big blind by his own move, then such an action in poker is called limp. Limping is possible only preflop, and only if none of the players on the right hand raised the rate... Calling a raise is called a call.

In the overwhelming majority of cases, they limp recreational players... With a weak card in hand, they want to see the flop, investing in the pot as little as possible. And then they give up, running into an opponent's raise. But there are also such cases when pocket aces and kings are hidden behind a limp. This is an effective strategy, but also not a very profitable strategy at a distance.

Now let's see why limping is bad and why, already in the first lessons of poker, venerable coaches advise their players to refuse it. Indeed, in such a serious discipline as Texas Hold'em, nothing can be taken for granted.

There are only two ways to win a pot: 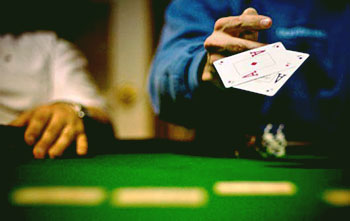 Limping in the best possible way will leave you face-to-face with the big blind, but never make him fold. Moreover, the latter will have the opportunity for free to realize on the flop the equity of even junk hands, or by raising you to make you fold.

The best way to start playing poker online for real money at 888poker is a lot of bonuses and promotions for new players, a weak field and high online - read more on the website 888play.ru

Limp attracts limp - that's an axiom. And therefore, limping into the game, you run the risk of dragging three or four opponents into the pot, without having any information about the strength of their hands. You can only win such a pot by accident.

Bank not by card

To be successful, a player must strive to play big pots with good cards and leave small ones for weak hands. Limp does not contribute to this. By adhering to a passive line of play, you do not run the risk of dragging your opponent into the pot, that is, you will regularly receive less chips.

Playing out of position

The natural reaction to a limp is to raise the button or cut-off in isolation. And no matter how you answer it, it's up to you to open trades postflop. In this situation, the opponent will always have more information before his move. This will give him the opportunity: to control the size of the pot, to bluff successfully and to leave the game on time.

Poker is a counting game, but psychology plays a decisive role in it. Therefore, the player with the initiative often takes the pot, even hitting the board, making a regular continuation bet. But you probably won't be able to portray a strong hand after limping. 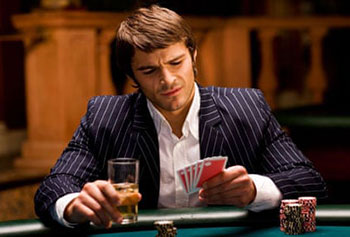 Playing at micro-stakes, it is difficult even to simulate a situation in which limping will be a profitable game, which cannot be said about working at the cash tables of high and medium limits.

In what situations can limp be applied?

First, let's say that limping is justified in the late stage of the tournament. from the small blindwhen the table in front of you has refused to play. The BB floor is not a big price to pay to see the flop. And at the same time, the foul equity of a raise in such a situation is negligible, while an obvious 3-bet or even a call will force you to make difficult decisions later. It is only important to alternate this tactic with a looser one, otherwise you will be easy to read.

The limp looks good and against super aggressive fishwhich often comes into play even on a trash hand. In this case, a limp-raise will allow you to overclock the pot or at least take an extra 3-4 BB preflop.

Experienced players also limp with very deep stacks and get involved in multi-pots with weak but promising cards, hoping to hit a super jackpot. But it should be understood that such a strategy goes beyond the boundaries of an understandable ABC poker and should only be applied to perfection after mastering the basics of this game, otherwise there is a very high chance of losing money. Limp - does not like the weak.