PokerStars.ES review: features of the game in the room in 2019 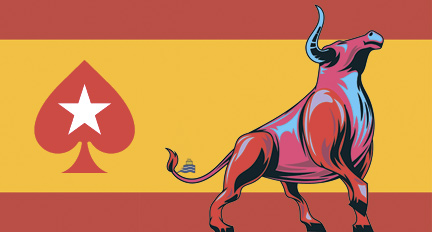 PokerStars.ES is the European subsidiary of the popular poker room, which is played primarily by players from Spain, Italy, France and Portugal. Initially, the room was created only for Spanish players - hence the name of the branch. But a few years ago, the pool of players from the above countries was merged.

Now, not only players from Europe can enter the room. It is available for users from the CIS countries, including Russia. The site has its own characteristics, which we will discuss in this article.

Features of the software

The software in the room is a copy of the software for playing in the main PokerStars client. If you have already played through such software, you will definitely not have any problems. Let's highlight some features of the PokerStars.ES client:

You will be able to use popular poker trackers without any problem.

The peculiarity of the room is that you will not be able to choose a specific table at which you would like to sit. You just need to decide on the type of poker, limits and other parameters. Such a system will avoid "fish hunting", which is a plus for new players.

There are many players in the room, and you can always find opponents at the tables. No matter what time of day or day of the week you decide to play. The room is part of the PokerStars Europe network, which ranks third in popularity among players worldwide.

Average online in a room is about 30 thousand users. During peak times (evening Spanish) and on weekends, there are even more players on the court.

Most of the hands are played at low and medium limits (up to NL200). But you can always find opponents at higher limits and with minimum bets.

Note that the level of play of the users of the room is not so high - you can find a lot of fish at micro-stakes, as well as at low ones.

The commissions for playing on the court are quite high - from 5.75 to 6 % of the bet amount. Some of this money can be returned due to a weak playing field. You will have to pay the rake even if the flop was not opened in the hand. There is no possibility of rake refund in the room.

Deposit and withdrawal of money

The players of the room will be able to quickly withdraw and deposit money into the account. But to receive the reward you will need:

Here is a list of payment systems that can be used to complete transactions:

Part of the money in the form of a commission can be charged by the payment systems themselves. The room does not charge any transaction costs. Come to PokerStars.ES, create a profile and start having fun playing with European users!