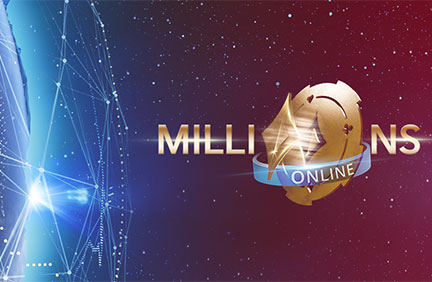 Experienced poker players have often faced this situation where they had to lose a hand with very good hands. Poker room partypoker decided to launch an interesting new promotion, during which, thanks to such a good but losing combination, a player can get on an expensive satellite for $ 1050 at MILLIONS Online.

This promotion has already started working in the room. according to its terms, each user can receive their prize by losing with an excellent hand in regular cash games, as well as in tournaments, qualifying satellites, or at Powerfest competitions. In this case, you can play, for example, in PLO, or in Hold'em with no limits. In any of these disciplines, losing with a bad beat can give you penetration to a large and expensive satellite.

You need to lose under the terms of this promotion with a combination that will not be weaker than a square, after which you immediately need to take a screenshot of your loss and add it to your comment on the official partypoker Twitter account, while registering hashtags #MILLIONSonline, and #BadBeat... Every day, the experts of the room will check all these comments, choosing the most annoying hand with a loss, after which one of the participants of the promotion will be sent a ticket to the qualifying satellite for 1050 dollars for the online tournament with the largest guaranteed prize pool among all other similar poker tournaments.

If the player did not have time to take a screenshot immediately after the end of the hand, he can simply skip this game through the replayer, and the players at the cash tables can see the hand in the section MyGame.

It is important to note that MILLIONS Online is considered the largest poker tournament to date with a maximum guarantee of $ 20 million with a $ 10.3K buy-in. In 2018, the guaranteed prize pool was beaten by $ 1,835,000, with the top two winners taking $ 2.3 million each.

There are several important conditions for this promotion that apply to all participants: