$ 6 Million on the High Rollers Series at PokerStars 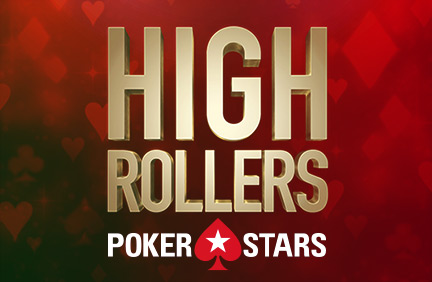 The High Rollers Tournament Series at PokerStars was organized three years ago. This year, the online series will be held for the fourth time, as the management of the poker operator has decided to add a series of events to its regular schedule after its successful debut. Previously, the total planned guarantee of the series tournaments was set at $ 11 million, now the prize pool has dropped to $ 6 million.

The schedule of last year's series included from 22 to 27 events, this year 19 tournaments will be organized from 23 to 30 March. All other rules for the online tournament series will be standard.

Buy-ins to High Rollers series events on PokerStars will range from $ 215 to $ 10,300. The four tournaments on the schedule will have a total planned guarantee of $ 100K each. The guarantees for all other events in the series start at $ 150,000.

The bulk of the tournaments will be held in no-limit hold'em, however, the High Rollers schedule also includes pot-limit Omaha events. Some events will be presented in progressive knockout format, and tournaments in turbo and hyper-turbo formats will also be held.

Buy-ins for special online qualifiers for the High Rollers Online Poker Series targeted events will range from $ 22 to $ 1,050.